Lesson 1: What is strategy?

Welcome to Lesson 1. Before you start, please scan the QR code, your virtual assistant wants to tell you something…

According to the PDMA BoK, Strategy is “A method or plan chosen to bring about a desired future, such as achievement of a goal or solution to a problem” (1).

Essentially, is the plan we establish to reach our goal. 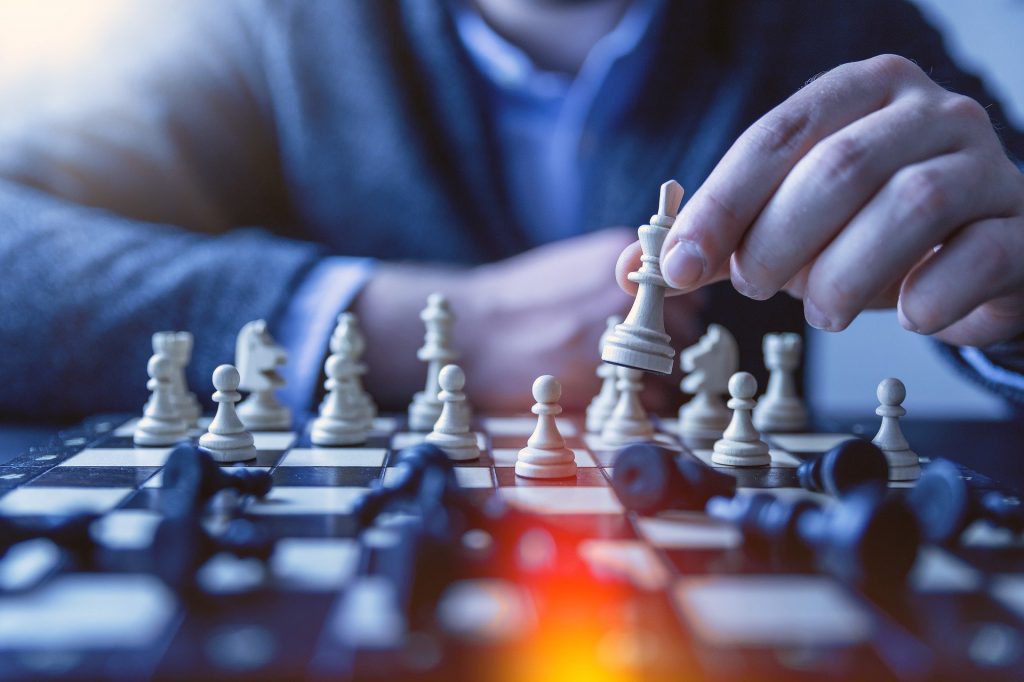 The art of chess strategy is knowing how to formulate a plan for the chess game, and arrange your chess pieces to accomplish this plan.

“Chess is a two-player strategy board game played on a chessboard, a checkered gameboard with 64 squares arranged in an 8×8 grid. […]

Each player begins with 16 pieces: one king, one queen, two rooks, two knights, two bishops, and eight pawns. Each of the six piece types moves differently, with the most powerful being the queen and the least powerful the pawn. The objective is to checkmate the opponent’s king by placing it under an inescapable threat of capture. To this end, a player’s pieces are used to attack and capture the opponent’s pieces, while supporting each other.

During the game, play typically involves making exchanges of one piece for an opponent’s similar piece, but also finding and engineering opportunities to trade one piece for two, or to get a better position. In addition to checkmate, the game can be won by voluntary resignation, and there are also several ways a game can end in a draw. […]

Chess strategy is the aspect of chess playing concerned with evaluation of chess positions and setting of goals and long-term plans for future play. While evaluating a position strategically, a player must take into account such factors as the relative value of the pieces on the board, pawn structure, king safety, position of pieces, and control of key squares and groups of squares”. (2)

How to Improve your skills? 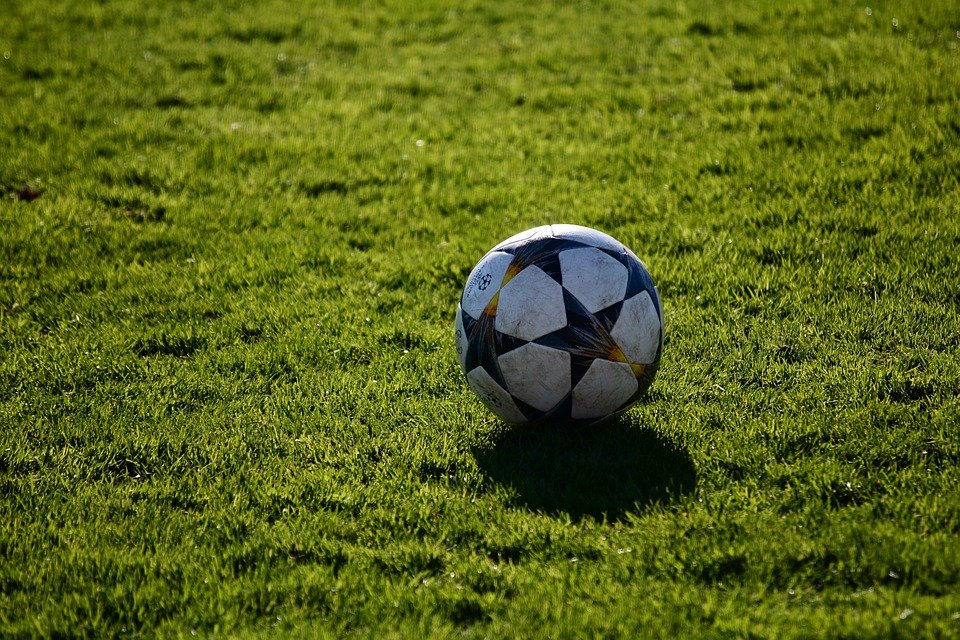 “Association football, more commonly known as football or soccer, is a team sport played between two teams of eleven players with a spherical ball.

It is played by 250 million players in over 200 countries and dependencies, making it the world’s most popular sport. The game is played on a rectangular field called a pitch with a goal at each end. The object of the game is to score by moving the ball beyond the goal line into the opposing goal”. (3)

One general strategy of offensive play that all players should employ is “Passing and Moving”. This means that you should never just stand still on offense. Whenever a player has the ball, they need to either pass the ball or dribble. Just standing still is a sure way to lose possession.

This also applies to any offensive player near the player with the ball. They should always be moving and looking for an opening and providing passing lanes for their teammate.

The team that does not have possession of the ball is the defense. Good team defense is essential to winning any soccer game. Defense is not just the goalie’s job, but the job off all eleven players.

A good defensive team will learn to communicate and form walls of defense against the offense. A player or two should always remain between the ball and the goal. Other players should be covering the other offensive players to make sure that they can’t get open for a short goal shot. 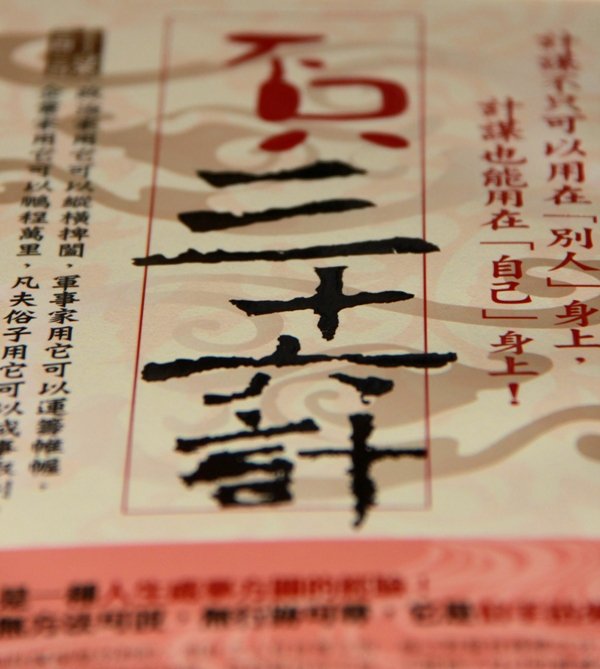 Strategy is actually a key word in man’s life. Indeed, ancient books describe the importance of a good strategy, for example, in a war. The most popular book is probabily The Thirty-Six Stratagems, also known as The art of War.

The Thirty-Six Stratagems is a Chinese essay used to illustrate a series of stratagems used in politics, war, and civil interaction. Its focus on the use cunning and deception both on the battlefield and in court have drawn comparisons to Sun Tzu’s The Art of War:

“The Art of War is an ancient Chinese military treatise dating from the Spring and Autumn Period (roughly 771 to 476 BC).

The work, which is attributed to the ancient Chinese military strategist Sun Tzu (“Master Sun”, also spelled Sunzi), is composed of 13 chapters.

Each one is devoted to a distinct aspect of warfare and how that applies to military strategy and tactics. For almost 1,500 years it was the lead text in an anthology that would be formalised as the Seven Military Classics by Emperor Shenzong of Song in 1080.

The Art of War remains the most influential strategy text in East Asian warfare. It has a profound influence on both Eastern and Western military thinking, business tactics, legal strategy and beyond” (4)

As you might have understood, Strategy is one of the most important concept in NPD.